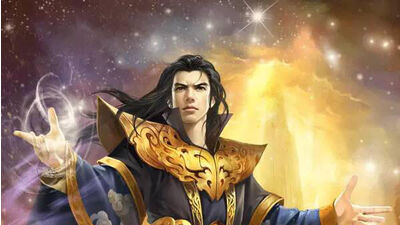 Why OTH not destroyed all Supreme terrifying in that war, why OTh make them devouring world when world destruction come??

For those who read the raw, did they already met? What chapter? Thanks

As there is no discord server, we decided to create one, if you're interested, you can join at https://discord.gg/qYgfnWTr

How come the Dark Overloads fell into tenth world and the nine worlds ? the battle supposedly happen on a death world and it was next to Uncrossable Expanse?

I mean, why doesn't Li Qiye create an inheritance or lineage for example? Let's say it could be called something like ''Dark Crow Academy'' or Fiercest Crow School, etc...

Hello Brothers Dao, I made a Fanfic de Emperor Domination, it's still in the beginning, but I would like to invite you to read it.

Emperor Domination - The Odyssey of the Son of Heaven - Anime & Comics - Webnovelwww.webnovel.com

Li Qiye used his Primordial Tree to cultivate until he reached the absolute peak of Pseudo-Immortals. But now, with the Nine Worlds gone and the Eight Desolates having replaced them, I wonder what Li Qiye will do when he reaches the Dao Lord level. Dao Lords create their own Primordial Tree and grow their own fruits (which are of course infinitely inferior to Li Qiye's; they're nowhere near his level). Will he create a new Primordial Tree and grow Primordial Fruits once again? Or will he use his old Primordial Tree which serves as the foundation of the Eight Desolates itself to regain his former might? Imo, with his newly-built dao foundation, I think he will use the Tree he had already created and with a much sturdier and powerful dao foundation as well as the corpses of those Pseudo-Immortals he killed in the World Of Death to break through and create a new realm surpassing that of True Immortality after he regains his former strength. If anyone who knows what actually happens, please do tell me.

Every Dao Monarch after proving the Dao fruit they went to the forbidden zone and they never returned unscathed but Reverend Cloud and Mud came unscathed. Forbidden zone acted like his back garden.

Li Qiye on his visit to Black Deep Sea, one of the 7 Forbidden Zones.''

At this point I really think Li Qiye's thoughts are like: "ughhh, another idiot has come to die. Why don't you just kill yourself so you don't waste my time!!!??"

What does he gain from destroying an epoch? What is the point of creating something if the end goal is to destroy it? Also, does he destroy literally everything or keeps some things for himself?

Can anyone tell me where to read emperor's domination original raw version, or if there is a book to buy that's translated in English,where to buy it, especially an online store.

Do they make Manhua in China for Emperor Domination? many novels that have been made manhua, I hope this novel can also be made manhua ..